Marseille simply has a bad reputation. That’s a fact. So, it’s totally okay to ask yourself: How safe is Marseille? During our stay we realized that the city has a shadow but it’s not as bad as you might think. We cannot give you a 100 % safe guide through the city. But we can describe what we have experienced while visiting Marseille and give you some tips about where you rather should not go and where you can fully enjoy the beauty of the city.

Since a couple of years, the police department put in a huge effort to get and keep the city safe. One thing that you can always see and almost everywhere: Security guards. We both have never ever seen so many people being responsible for a city’s security than in Marseille. It kind of made us feel safe and it kind of made us feel unsafe. Due to the high security standards at official spots like museums, shops or even the Christmas market, we had a strange feeling that something could happen at any time. Nevertheless, we were glad that the tourist areas were very good guarded, and everyone was thoroughly checked.

Where you can go

While we did our photo tours, we felt totally safe in the areas of the Vieux Port, Palais du Pharo, Plage des Catalans, Notre Dame de la Garde, Plage du Prado and Vallons des Auffes. We also visited city parts close to the main station and we didn’t feel unsecure. It was ok to visit Cours Julien, La Friche and it was also ok to follow the Canebière towards east. We mostly did our tours during daylight, so we cannot tell how the situation might change after the sun has set. Due to our experience it is also ok to go shopping in the city center. Almost every store has a security guard and policemen are on patrol as well.

Where you should NOT go

“Marseille is one of the most dangerous cities in France.” That’s what you hear and read when you start investigating about the safety of the city. And yeah, it is kind of true. Unfortunately, Marseille is a hotspot of drug traffic, gang life and violence. But all of this mainly happens in the areas of huge concrete house estates called cités. The cités are mostly located in the north of the main station – the so-called quartiers nord. And these are the areas where the clans are on war – areas with different rules and well-organized crime. Huge clans dominate some of the northern arrondissements and the willingness to commit crime has been growing there dramatically for several years. Due to its location the city is a very important transshipment point for drugs. The profit of the drug sales within the quarter amounts to several thousand euros a day. So, they are kind of protective of their dirty thing called business. It all sound like a good punchline of a really good crime movie. But over there it’s a brutal reality. Avoid these areas and you are going to be fine!

We have to say, that we felt really safe in most of the areas we have vissited. Once we took the wrong side of the train tracks to walk to the main station. Within 15m we saw a burned down car and 2 other cars with destroyed windows. We also experienced a really weird and dramatic arrest during daylight literally in the middle of the shopping area, around 50m far from the Vieux Port on the Canebière. But we never had to compromise. We never had to decide whether to go at some location that we wanted to capture or not. And we think that this is a good sign, that the city is getting safe.

What can you do yourself to avoid a bad experience?

Of course, you can never fully have that guarantee that following some rules will keep you safe. Being rubbed can happen in every touristic area. But because we are travelling with camera gear we are following some rules, that we also applied in Marseille:

Simple Math: If you look like you got something of value you are pure gold for a potential rubbery. When we are on our photo tour, we always try to hide the most valuable things, especially when we are in the middle of a hotspot.

We are always using backpacks with the valuable stuff stored in a way, that is impossible to reach from the outside and we always hold on tight while using our phones or using our wallet to pay a check.

It can get a little annoying. But we have to say, that this is the best way of staying save. Look around and look at the people around you. How do they behave, how do they look at you (or maybe even at your stuff). If you start feeling uncomfortable it’s probably a wise decission to not go further.

This article is not a gurantee for a 100% safe trip through the city. It is only a guide that is based on our experiences.

Caro is working as a freelancer for content creation and online marketing. She doesn’t like offices and prefers to work somewhere in peace. If she’s not in front of the screen, she’s probably eating nachos, cleaning up or talking on the phone with her friend forever. Photography has only recently entered her life and has quickly become an important part of it. Fortunately, she has Marc, who is very helpful with many technical questions. In 2018 she gave herself a jerk and traveled through Croatia alone – hostel, bus and toast hello. Since then she wants to see all the beautiful places in the world and also wants to visit many travel destinations of her grandpa, who unfortunately recently passed away. 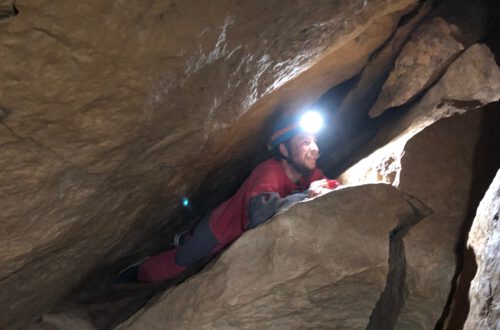 CAVING – AN UNUSUAL EXPERIENCE IN BUDAPEST

The 6 Best Photo Locations in Budapest 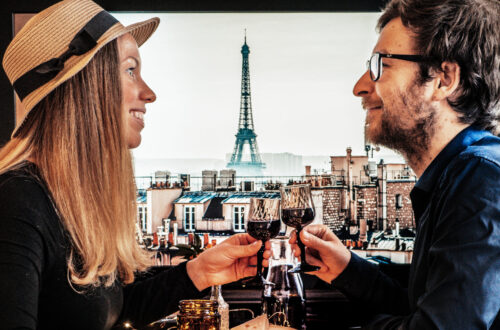 5 Photography Activities to do at home