If you are visiting Budapest, you are most likely interested in the different ways on how you could get around. The city offers multiple possibilities to find the shortest way to your next point of interest. We gathered 5 ways how to get around in Budapest.

The city is equipped with a very modern and well-developed public transportation system. There are a variety of vehicles traveling in a quite high frequency around the city. The system will most likely bring you to every spot within the city – or at least quite near to it.

The local public service provider BKK has two different options on how you could plan your trip. Either by visiting the website: https://bkk.hu/en/welcome-to-bkk/ or by downloading the official BKK app (iOS, Android). Both services offer the possibility to search for the best route and also include a very useful map including the stops. We personally were quite fascinated by the possibility to actually see the real-time position of the bus you are awaiting. Although the feature does not speed up your waiting time, but at least it kills a few seconds of it.

The prices are common for all means of transportation: Bus, Tram and Metro. A single ticket without transfer is priced at 350 HUF. Keep in mind that BKK charges additional 100 HUF if the tickets are bought directly at the bus driver. In case an additional transfer is needed, the ticket costs 530 HUF. Daily tickets for multiple trips during your stay start at 1650 HUF for 24 hours.

If the weather is bad, the BKK public transportation might be the best of the top 5 ways how to get around in Budapest.

Caro and myself are still very skeptical about the new trend of having electric scooters around bigger cities. Although these devices offer a quick possibility to drive around the city, they seem to make the traffic more dangerous. And if parked, they are often blocking your path as a pedestrian. Furthermore I am very close to engaging a study to find out why drunken people are attracted to these scooters.

If you are sober and have a more positive attitude to the scooters, you could give “Lime” a try. Lime is one provider of electric scooters in Budapest. You can register for the service via the official app (iOS, Android). Charges apply for initially unlocking the scooter and for every minute the scooter is used.  The prices for a ride with a scooter seem to vary. But as a rough reference point you will most likely be charged around 250 HUF for unlocking. Every minute will cost you around 50 HUF.

The taxi service called “Bolt” is one of the 5 ways how to get around in Budapest.

There are different taxi service providers in Budapest with drivers all over the city. Most of the taxis are part of the transportation network company called “Bolt”. As Uber is not available in Budapest, the services of Bolt provide a good alternative. To get a ride you can either download the Bolt app (iOS, Android) or just contact the driver of an unoccupied vehicle. The base fare is 700 HUF and every driven kilometer is priced at 300 HUF. As the prices are regulated by the city, you should always make sure that the taximeter follows these fares.

Another possibility of the 5 ways how to get around in Budapest is Bike Sharing. I am quite a heavy user of bike sharing services in our hometown in Germany. These services offer you a quite flexible, easy and somehow also sporty way of getting around in a city. Shared bikes are placed around the city and can be unlocked by using an app (iOS, Android).

In Budapest the bikes are called “MOL Bubi” and are provided by the public transportation provider BKK. There are dedicated parking stations around the city where the green bikes can be hired and returned. Unfortunately the pricing model seems a little complicated. In my opinion the prices are also quite high in comparison to the service we are offered in Germany. The website advertises a 24-hour pass for 500 HUF which seems to be a fair deal at first glance. But other than expected, it doesn’t automatically include all rides for the next 24 hours. The first 30 minutes of each rent is free. For every next 30 minutes you are charged another 500 HUF.

If you are planning to use the service longer than only one day, you need to buy a weekly pass for example for 2000 HUF. Also in this case you pay for every 30 minutes, after the initial free half hour.

Although the city is equipped with a very good public transportation system and a variety of other possibilities to get around, we found our feet to be the best of the 5 ways how to get around in Budapest. We have to admit that hurting feet from the day before might not be the most comfortable way of transport, but often the fastest way. The routes, which were provided by the public transportation, were only a few minutes quicker than actually taking a walk. This did also lead us to new (and sometimes also hidden) spots in the city we weren’t planning to visit. And in the end it also kept us a bit healthier – which was also necessary after the food we had in Budapest.

Marc is an enthusiastic software developer related to television broadcasting worldwide. When he’s not in front of the screen, he likes to tell flat jokes, listen to podcasts and take a good run. Already as a child he was interested in photography. Since then, he has topped up his equipment, pressed the trigger thousands of times, watched several long and dissolute tutorials and learned a lot of great stuff. Because of the job of his parents, Marc was able to sniff the remote air of the big wide world already at a young age. He spent a few years in Abu Dhabi, Warsaw and Geneva. Travelling and living among other cultures simply is in his genes. 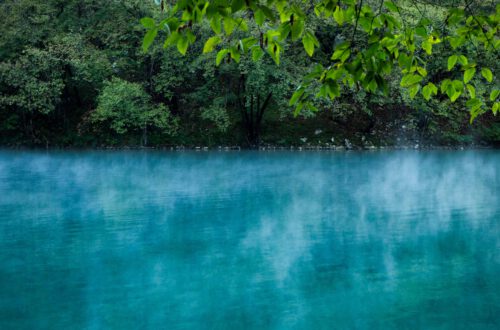 Plitvice Lakes Tips – 13 useful things to know before you go

Zugspitze without climbing: Easy and doable trail from Garmisch 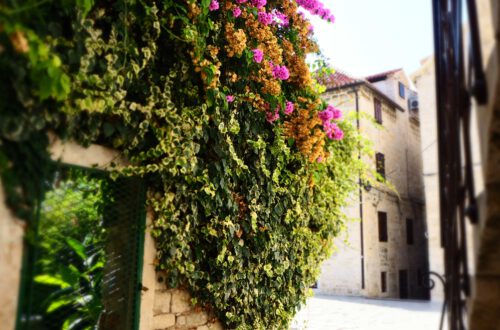 How to get to know Split while travelling on a budget 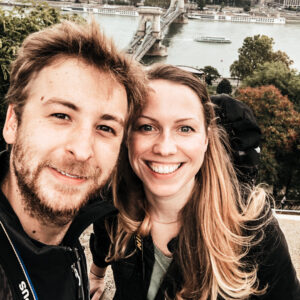